Winsted in the Space Room 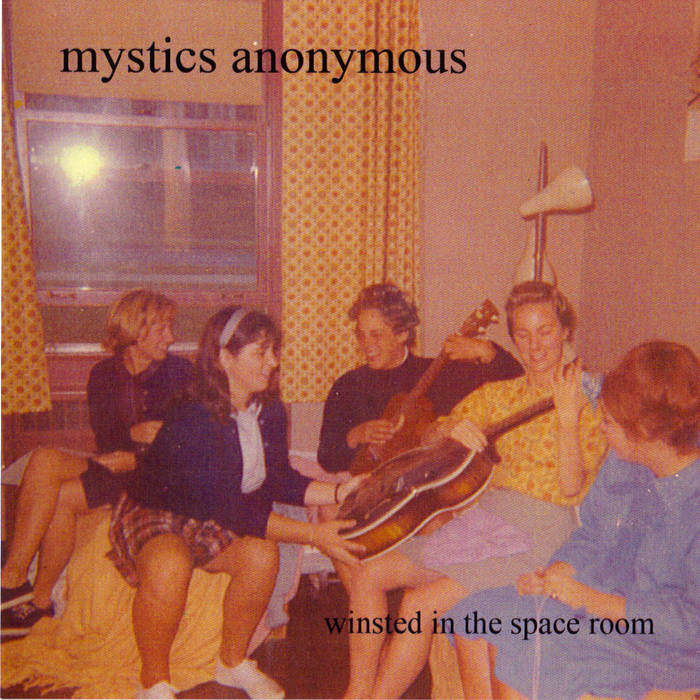 This is independent music at its best - free, unfettered, willing to go anywhere and do anything.

On the latest Mystics Anonymous CD, Jeff Steblea continues his predilection for exploring different musical styles. Just as he explored a loose, rootsy sound on the debut CD, Winsted in the Space Room finds him focusing on lo-fi studio experimentation and tighter song structures. While the debut CD featured the virtuoso and improvisational talents of Jeff's guest musicians, Winsted instead concentrates on the compositions themselves.

Steblea released the first Mystics Anonymous CD, focusing on a rootsy alternative sound, in October of 1998. Two more CDs followed: a limited edition mail-order CD called The Brutality of Beauty, and Middle Distance, an instrumental score for the 2003 art exhibition Of the Earth, which blended sound manipulation, drumming/percussion, and groove rhythms to evoke the vast American southwestern landscape.

Mystics Anonymous music has garnered college, public, and commercial radio airplay in the United States and abroad. With each new release, the project has earned a reputation for its fierce independence and adventurous eclecticism. "With Mystics," says Steblea, "the whole point was to establish a project where nothing is off-limits." Although Mystics has an eclectic nature, Steblea's distinctive voice and songwriting skill are the glue that holds Mystics together and keeps its sound unique.

count the digits of these songs. ten fingers and ten toes. red lipstick and white pants. a great big burbling murmur of slight greatness. ten tons to a truckload, traveling on a highway with no name. a mix of almonds and strawberries in chocolate. sophisticated infantilism. two steps forward and two steps back. caustic and speaking in code, broadcast out on the citywide.

winsted in the space room. written by jeff steblea. © and (p) soul reflect music (bmi). recording, production, mixing & mastering at gondwanaland. released on centerlight records. ethan kolek assisted with the sequencing of the cd & plays electric guitar on spinning. adam kolek assisted with the drum arrangement for no limit. michael mccorkle gets credit for special material. for optimum listening pleasure, this cd should be listened to LOUD or with headphones.

mystics anonymous is the music project of singer/songwriter/composer jeff steblea.

Mystics Anonymous is the name of singer/songwriter Jeff Steblea’s musical project, best defined as eclectic independent rock. “With Mystics,” says Steblea, “the whole point was to establish a project where nothing is off-limits.”

Bandcamp Daily  your guide to the world of Bandcamp